Unleash your Creativity: A FREE workshop to organize your ideas and create more of the work you love

How I became a Notion Certified Consultant

Taking the time to organize my notes between projects didn’t seem like a useful trait back then, but I’ve somehow made it into my whole personality.

Here’s how I went from being a generalist graphic designer to a super specialized Notion Certified Consultant for Creative Businesses.

During the time I was working as a designer at a content marketing agency for 8 years, I was juggling about 4-5 projects at a time, including infographics, motion graphics, and ebooks. To keep track of everything, I was taking notes on everything I could using Evernote, but it had limitations. I could only keep them in few levels of notebooks. Nothing could be referenced to each other. Dropping images was a NO.

That was until my friend Brigitte shared Notion with me.

Finally I had the flexibility and ability to filter through the messy creative process. I treat it just like my sketchbook, as a safe place where I can write any idea and it can be accepted. I let it be messy, but that's where it can be the most fun part of the process. I use it to document my work and they transform from my notes into my armor and weapon in meetings.

Because of the impact capturing my Notes had on my work, I wanted to help other people do the same which brought me to becoming a Coach and Notion Certified Consultant.

Just a disclaimer: the process is slightly different now, with “Certification exam” happens before the consultant designation. I also know that as of posting this the Notion Certification Consultant Program is about to revamp its process, so they won’t be accepting new applications until April 2023.

Here’s the process I went through:

For the first part there are some things I had to have examples of, even BEFOR prior to being ready to submit an application. This included 3 things:

Here are some of the Notion-themed assets I created:

Case studies demonstrate a problem and an informed solution with screenshots and experience of helping professionals or businesses solve problems with Notion. Because of this I had to work with real people.

My first client reached out to me after seeing my content on Instagram and saying how helpful it was, I invited her on to be one of my first clients.

The other two clients I started working with were people I reached out to: one I met in a Zoom event for graphic designers, and another was a friend shared with me what she was struggling with at work.

I took them each through the process of building their own Notion workspace in a series of 1:1 sessions and used their experiences to build the case studies for my application.

One struggle that I went through, was that one of my clients didn’t fill out her testimonial and stopped responding to my emails so I was short 1 case study.

Luckily, I had created templates for people that they were able to not only able to incorporate into their work, but were grateful to have used.

While I was working with clients, I also engaged with different online community by sharing my resources and helping others with their Notion-related questions.

When I first started, I went into productivity groups and communities but immediately felt like it wasn't a good fit. Many of the posters weren't asking questions, and it didn't seem like there was many people I could support. Many of the questions I saw I would answer with an "it depends..." making it difficult to carry the conversation further.

I realized I already spent a lot of time in spaces such as graphic design and coaching where people wanted tips on organizing these processes. Processes and assets I had more context about. It was within these spaces where I felt the most comfortable helping them with Notion because they were my peers and I knew what they were experiencing.

It took me several months to find and work with clients, create the resources and have questions to answer in community engagements and because of this, I thought it would take me longer to get everything I needed. It was some random day in January where I revisited the requirements to apply and it turns out I had everything I needed:

I submitted all the links and screenshots from the above and submitted the application. From this point forward, everything moved pretty fast.

The Certification Exam was the next step. It was a general certification exam with 60 multiple choice questions and 90 minutes to complete.

For this phase, I went in with what I already knew and if I didn't know something, I at least knew what the test was like and would try again later.

The minimum to pass was 70% and I scored 75% and earned the certification.

The last step was passing a practical exam where the team sent over a brief to solve with a Notion workspace build. This was the most fun part for me.

I started with turning the whole brief into a story map. This made it easy for me to not only break things down from the brief, but transition into what I needed for actual Notion components.

From there I went into building directly into Notion, referencing and updating the story map as I went as I tried and tested some things.

The whole process of going from a graphic designer to a Notion certified consultant took me about 1 year (not including the time it took me to create the resources). 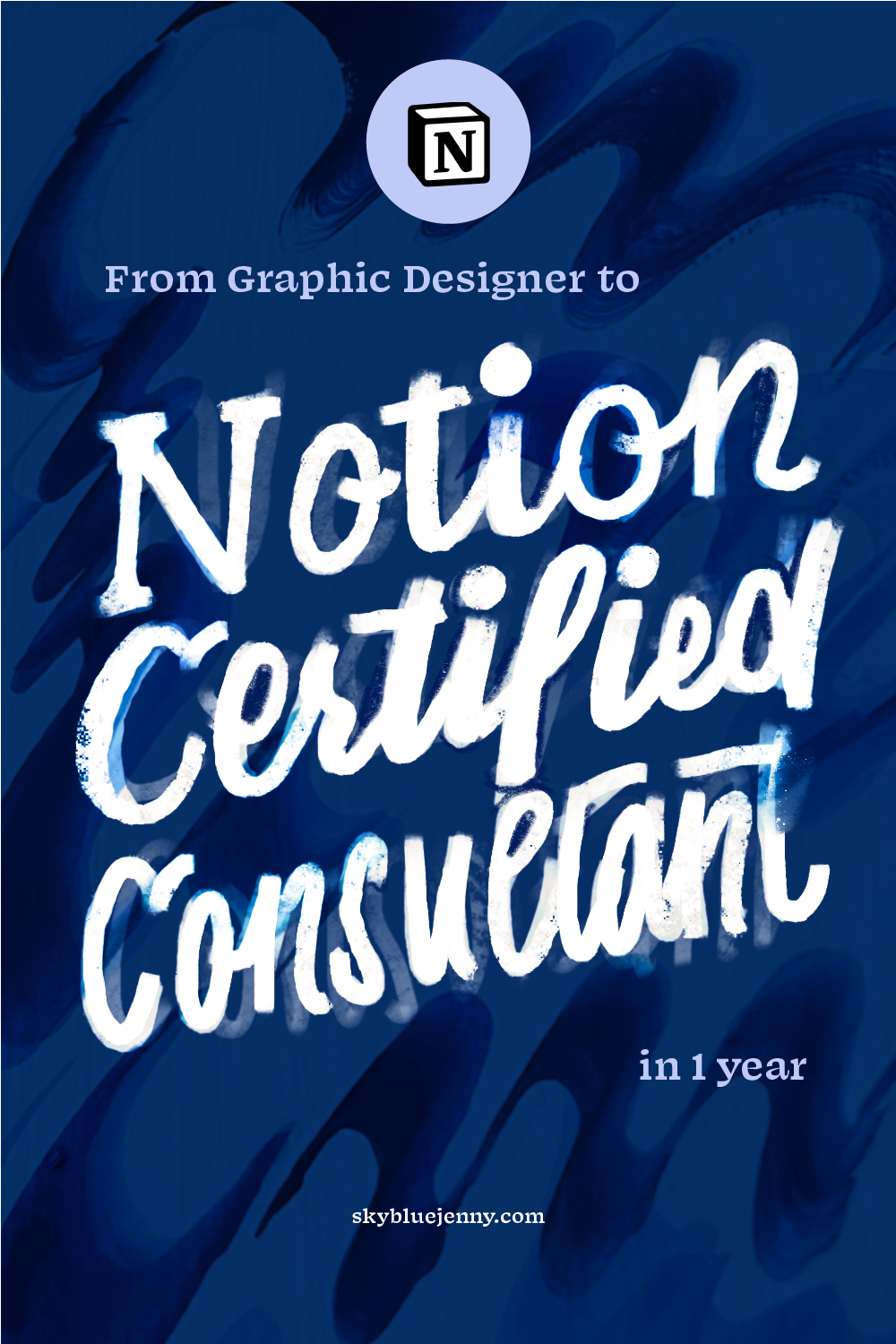 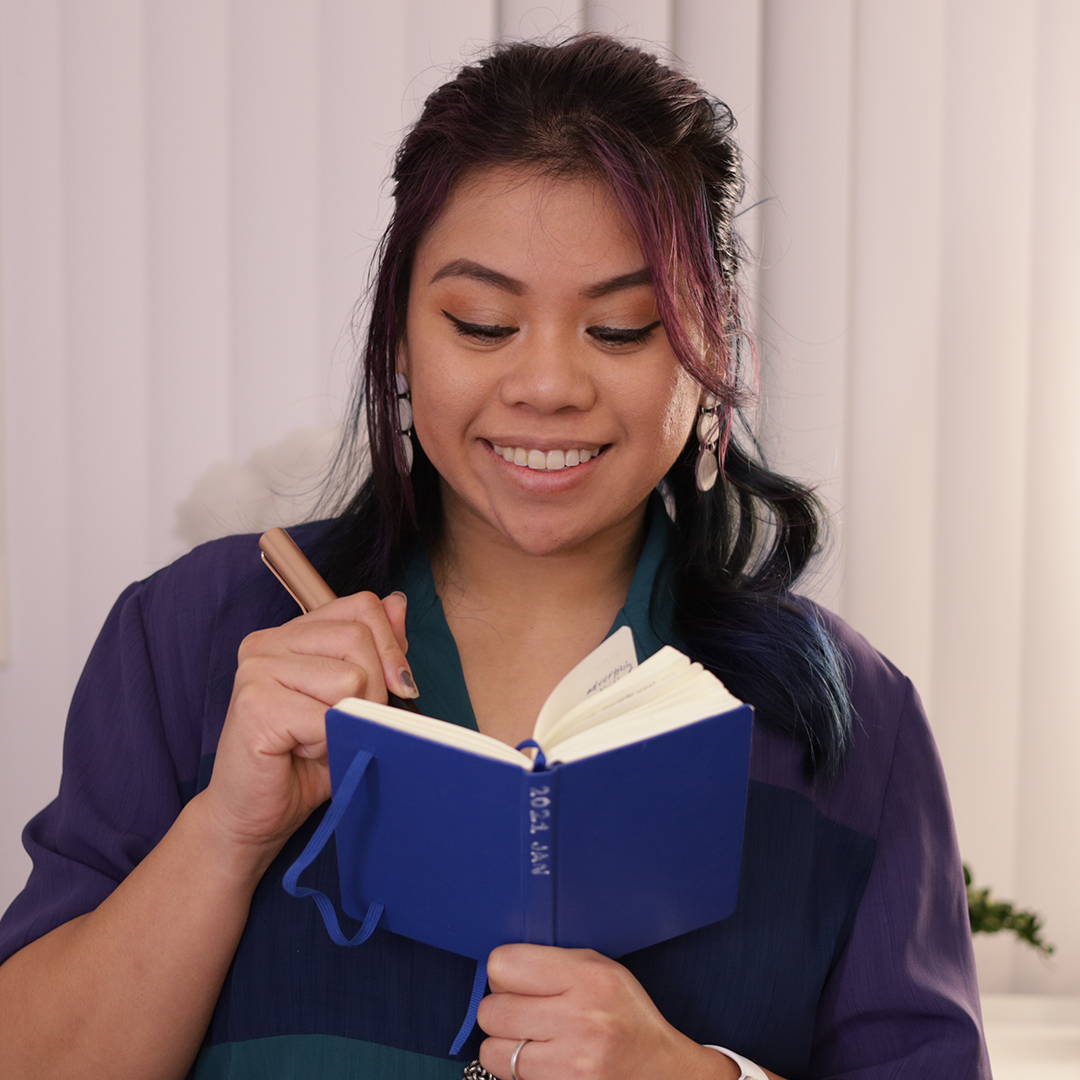 Want time to do more of what you love?

Move your next project forward